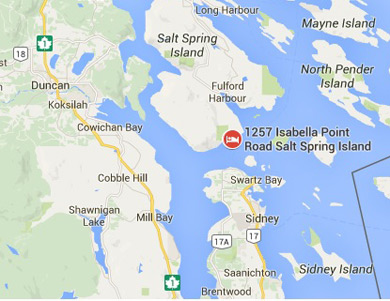 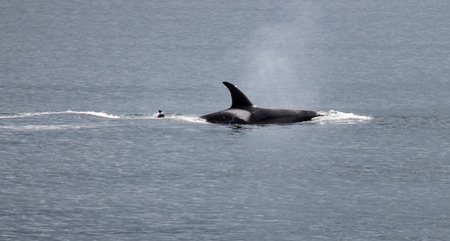 Salt Spring Island is the largest of the Southern Gulf Islands, with ferry service from Victoria, the mainland, and from the east side of Vancouver Island.

From Victoria, the capital of BC, departure is from Swartz Bay. This is a major ferry terminal handling traffic from Tsawwassen on the mainland as well as to Fulford Harbour on Salt Spring Island and the other Southern Gulf Islands.

Traveling on BC Ferries from Tsawwassen to Long Harbour takes an hour and a half for a direct sailing and up to three hours if the ferry stops at Galiano, Mayne and Pender Islands as it does on many sailings.

Most folks come by way of Vancouver-Swartz Bay and connect to Fulford on Salt Spring, as there are many more sailings on that route than the Long Harbour one. The Fulford ferry takes 35 minutes and runs every two hours.

From Duncan and points north on Vancouver Island, Salt Spring can be reached from Crofton for the 20 minute sailing to Vesuvius on Salt Spring which runs approximately hourly. From Nanaimo, allow an hour for a leisurely drive through Ladysmith and post-card pretty Chemainus to the ferry terminal at Crofton, crossing the 49th parallel on the way at Ladysmith. The 49th parallel forms the border between most of Canada and the USA.